Explore creative and innovative drawing processes suited to a classroom environment. Experience a variety of traditional drawing processes and media (ink, charcoals, pencils and pastels) and unconventional /contemporary/ experimental ideas and media with a focus on sharing, adapting and expanding ideas to teach drawing. There will also be an opportunity to explore and experiment with drawing as a 3-dimensional form.

3.3.2 Proficient Level - Plan for and implement Effective Teaching and Learning - Use teaching strategies:  Select and use relevant teaching strategies to develop knowledge, skills, problem-solving, and critical and creative thinking.

Do you teach in NSW? If so, this is relevant for you:

If heading towards city, turn right into Darling Street and 3rd left into Denison St, left into Alfred St and left into Gordon, and the College is along on the right hand side, where parking is available. Gordon Street is one way only directing traffic onto Victoria Rd you cannot turn into Gordon from Victoria RD. Turn the street before Gordon, Maney Street, and go around the block turning first right and right into Gordon St and then right into the parking area of the College.

Bus stop outside the college on Victoria Rd. The M50 or M52 services are the most recognisable and frequent, pre-paid tickets are required for all services. They are available from the newsagent or 7-11 stores.

Free parking is available in the College grounds. Turn right into the grounds just before the lights that meet Victoria Rd as you are coming up Gordon St.

All TTA venues continue to work with advice provided by the NSW Health Department in managing the risks associated with the current COVID-19 situation. While the current risk is low, TTA venues will be taking steps to help provide a safe environment for our courses. There will be increased cleaning and disinfecting of all areas, and venues will be providing ample hand sanitiser pumps. While venues will be taking all the care that they can, we also stress the need for course participants to take responsibility for their own wellbeing and the wellbeing of those around them. If you are not feeling well or showing symptoms of COVID-19, please don’t attend this event. Wash your hands regularly. Avoid shaking hands where possible. Practice cough etiquette, coughing into a tissue or your elbow and washing your hands afterwards. Thank you for your understanding. 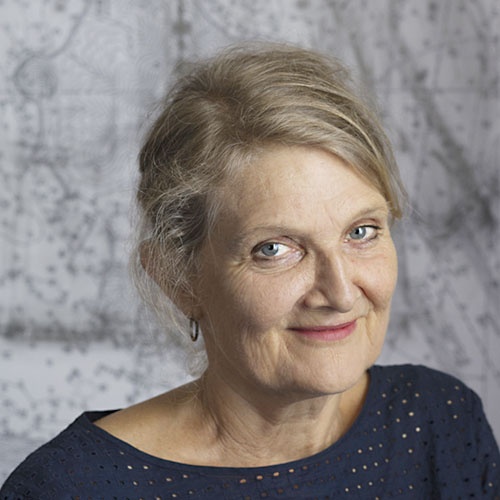 Sue Pedley is a visual artist recognised for her multimedia installations, large scale drawings and collaborations. She exhibits her work across outdoor locations, galleries and museums. Responsive to the contingencies of the sites where she works, her recurring themes include the environmental degradation of water and its impact on communities and the natural world; colonisation, including addressing her family history as settlers in Tasmania; and the intergenerational hurts of war. Noted for a dense accumulation of materials, her ephemeral environments respond to the built environment and social history of their sites. Whether inhabiting a decommissioned oil tank, an abandoned house in Japan or a heritage garden, she incorporates materials such as wool thread, cloth and fleece, seaweed, plant fibre, bamboo, seeds, clothing, netting, plaster and stone. Sue has worked in the Asian region for over twenty years – in Japan, China, Vietnam and Sri Lanka. She has created works that respond to Australia’s military and trading histories with Japan and with Vietnam. She has participated in the Echigo Tsumari Art Triennial (2006 & 2018) and Setouchi Triennial (2010), working closely with rural communities and volunteers. She has also facilitated reciprocal projects between Australia and the Asian countries where she has worked. In China she has exhibited in Ningbo and Guangzhou and was a recipient of a Redgate residency in Beijing. Sue has collaborated with artists, architects, musicians, film makers and sound artists. For the 2018 Echigo Tsumari Art Triennial in Japan Sue collaborated with architect Iwaki Kazuya and the Aramachi community to create Tracing Water. 100 woven spheres mapped the route of a former watercourse that had been diverted by dam construction. Professionally trained in Australia and Germany, Sue has been making and exhibiting work in this country and elsewhere since 1984. She has received Australia Council residencies in Vietnam (2008), London (1993), France and Germany (1985); and an Asia Link residency in Sri Lanka (2001). Other residencies include Tokyo Wonder Site (2012), Redgate Studio Residency, Beijing (2011), Banff Art Centre, Canada (2007) and Bundanon Trust, NSW (2016). Her significant exhibitions include Patches of Light – Sue & Peggy Pedley, Queen Victoria Art Museum and Gallery, Tasmania (2019); Tracing Water, Echigo Tsumari Art Triennial 2018, Japan; Orange–Net–Work, Ningbo Art Museum, China (2019) and Mosman Art Gallery, NSW (2017); Spare Room, Elizabeth Bay House, Sydney (2007); Blue Jay Way, Heide Museum of Contemporary Art and Penrith Regional Gallery (2007).